Model Healthy Eating For Our Children…

We need to keep our children in good health…

They are our future !

We as parents need to pay careful attention…

Our Kids are Suffering from the Standard American Diet (SAD)

…too many processed foods, hydrogenated fats, refined sugars and starches!

A doctor that I know was eating breakfast one morning. A few tables over, there was a little five or six year old little boy that had a runny nose. He looked like he had asthma or some kind of breathing problem. He didn’t appear to be in very good health. And yet at that same time, he was eating a cereal filled with sugar, no nutrition what so ever.

After the breakfast, the mom said, “Son, it’s time to take your medicine.” She pulled out a little jar of purple medicine. He drank it down without missing a beat. The doctor said to his friend who was sitting next to him at breakfast, “That little boy is not sick. He’s being poisoned.”

We as parents need to pay careful attention what we feed our children and what we’re filling their bodies. Don’t just grab a fruit drink and say, “Oh, that’s healthy.” Read the label. Up there in the corner, it has a big starburst: “10 percent real fruit juice.” What’s that really saying is 90 percent pure sugar water.

They may be fine now, eating the constant sugar, white flour and caffeine, but what a shame if later on, they develop a serious illness because of their poor eating habits. Have you ever thought about this? You can catch a cold, but you can’t catch cancer. You don’t catch heart disease. You don’t catch diabetes. These are things that are developed over a longer period of time.

Our children today are so programmed to have bad eating habits especially from all the TV commercials. All of their favorite stars and athletes all push drinking colas. The message is if you drink a cola you’re going to be cool. But do you know many of those athletes won’t touch that cola? They know they can’t stay at the top of their game on all those sugars. Neither can we.

Even in our smaller children, I’m amazed at how they’re inundated with these messages. Watching the TV, they’ll see the kids playing and having a good time while they eat that super sugary cereal. On top of that, if you buy that particular brand, you get a toy in the box. So, when they go to the grocery store, they’re drawn to it. “Mom, I want this kind!” they say, with excitement. But, we as parents need to be aware that much of it is marketing!

We should not let our children develop poor eating habits. When you send your child a lunch to school, don’t pack it with a bologna sandwich on white bread with some greasy potato chips and a Twinkie for dessert. Your child is not going to be at his best physically or mentally.

And we wonder today why some children have problems in school and why they can’t seem to concentrate. Many times, it’s because of their poor diet.

I read a study that was done with sixty-eight troubled teenagers. These young men were incarcerated in a juvenile detention center. They were in bad shape. It looked like they were destined for prison. But they decided to experiment with their diet. So they replaced all the colas and fruit drinks with unsweetened juice and with water. All the jellies and donuts and sweetened cereals in the morning were eliminated totally. They changed out the snack machines with fresh fruit machines. After dinner each night, the desserts were replaced with peanuts, carrot sticks, cheese and popcorn. Three months after making those changes, the number of continually proned troubled teenagers dropped eighty percent. Think about that. Eight in ten showed significant improvement by just changing what they ate.

Today we hear a lot about attention deficit disorder, ADD. These children seem kind of hyper and over stimulated. We tend to just want to medicate them and change them with chemicals. And maybe that’s okay for some of them. But we need to pay attention to their diet. We need to make sure they’re getting the right nutrition. I read one study that showed seventy-five percent of the children had a problem with their blood sugar. That’s the root cause. We can medicate them all day long, but if we start treating the source rather than the symptom, then we can correct the problem and do our children greater justice.

When we give our children healthy food to eat, it not only gives them the right type of good energy, it gives them a sharper mind. It gives them greater mental capacity.

The Bible says in Proverbs 22:6 “to train a child in the way he should go, and even when he is old, he will not depart from it.” For the sake of their calling, and destiny they’re created to fulfill by Almighty God, do your part by teaching your children healthy eating habits so that they will be strong and mighty in the land!

Joel Osteen is pastor of Lakewood Church in Houston, Texas — a vibrant and diverse church that Forbes calls the largest and fastest-growing congregation in America. Joel shares a positive message of hope and encouragement that extends all around the world. This message reaches all across America and 100 nations of the world. Joel’s books, Your Best Life Now and Become a Better You, quickly became #1 New York Times Bestsellers and are distributed worldwide in several languages. 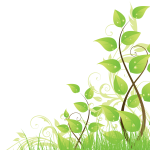 CAN BE PREVENTED AND REVERSED !

Help us in achieving these goals

for a healthy and prosperous future!

Help others attain superb health –And  Be Highly Rewarded…!!! 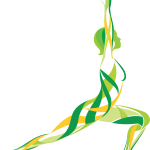