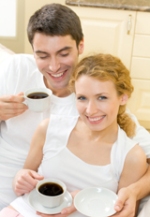 Cancer, Dementia and a much more…

Western culture has often frowned on mushrooms, even fearing the small innocuous forest growth. The French prize their truffles, but even truffles and other edible fungi and mushrooms are not as highly valued or show as much potential as a species of mushrooms called  Reishi or. Ganoderma Lucidum.
For thousands of years, Ganoderma Lucidum (Reishi), a kind of medicinal fungi, has been highly regarded by the Chinese as the “Miraculous King of Herbs”.

It is said to be able to improve the body’s healing ability, maintain a healthy body and promote longevity and has been shrouded with mysterious veils for more than 1,000 years.

Ganoderma’s ability to help the body work more effectively, efficiently and optimally has been under the attentive research done by domestic and foreign scholars in recent years, as well as the cooperative analysis and clinical experiments done by hospitals, colleges and pharmaceutical manufacturers.

Many ailments are caused by the imbalance of body functions due to the accumulation of toxins in the body.

Ganoderma helps the body remove the build-up of toxins and allows the body’s natural immune system to strengthen itself.

Ganoderma Lucidum is now available as a healthy coffee and is said to be more powerful than Ginseng. Reishi contains a high concentration of alkaloids which naturally help improve pH levels in the body. Instead of being acidic, this healthy coffee actually balances the body’s pH. It has a lower caffeine content to eliminate those jitters, contains some 150 antioxidants and 200 phytonutrients and Ganoderma Lucidum has over 700 scientific studies. (See websites below.)

It’s a pleasant surprise when something questionable turns out to be full of health benefits. First chocolate was found to prevent heart disease. Then red wine was shown to increase overall longevity. Now the spotlight is on coffee. Newly released studies reveal that coffee drinking, especially when it is infused with Ganoderma Lucidum, lowers the risk of stroke, cancer, Alzheimer’s disease, and dementia. It even improves social skills and depressive symptoms. Other recent research has shown that drinking coffee reduces the risk of diabetes.

According to a new study published in the journal Breast Cancer Research, postmenopausal women over 50 who drink five or more cups of coffee every day may be as much as 57 percent less likely to develop estrogen-receptor (ER) negative tumors, say researchers from the Karolinska Institute (KI) in Sweden.

As you can see, there are many benefits of drinking “Healthy Coffee” with Ganoderma every day!

What is Ganoderma Lucidum?

Ganoderma Lucidum is the scientific name of the mysterious Red Mushroom that grows on only 2 out of 10,000 aged wild plum trees found in the dense and humid high mountain forests of Asia. Also known as Reighi, Lingzhi, and Yeongji, it was crowned by the ancient Chinese as the “Miraculous King of Herbs,” due to its superior attributes which have stood the test of time for over 4,000 years. To date, no known herb has ever challenged its superiority. With good reason, thousands of scientific studies published on the Internet document growing confidence in its astonishing immunomodulating and adaptogenic properties.

Ganoderma Lucidum has been shrouded in mystery for more than 4,000 years. Attributed with almost mythical properties by the ancients of Asia, this striking burgundy red mushroom with its shiny skin has recently surfaced as an object of hope for millions around the globe. Imbued with properties that help optimize every function of the body, Ganoderma has been studied by top scientists for a multitude of uses. Over and over, it has been shown to have benefits as an:

Learn more by visiting the scientific websites… www.pubmed.gov  and … www.googlescholar.com

(type in ‘Ganoderma Lucidum’ and a symptom.)

Once so rare in nature that it was available only to royalty upon penalty of death, modern cultivation methods have made it available to the masses. After years of research and preparation, Gano Excel exclusively offers you the most potent, nutrient-dense, standardized extract you can buy!

In 1997 we came up with the most brilliant delivery medium ever conceived. We discovered that Ganoderma Lucidum’s bitter taste blends perfectly with COFFEE (actually enhancing the bittersweet, savory taste). As the richest source of Organic Germanium known, and purveyor of over 200 additional Phyto nutrients, Ganoderma further legitimizes our claim that we offer THE WORLD’S FIRST CHOICE of a healthier coffee.

Ganoderma takes approximately 3 months to mature; and the cultivation process is closely supervised so that the Ganoderma is harvested only when the nutrients have reached their apex. Even exposure to the sun is tightly controlled in order to produce the highest quality mushrooms possible, with the greatest therapeutic value.

Savor our rich coffees, teas, hot chocolates and much more that provide sustained energy without the crash.

Get started by exploring the site… www.SmartStartPack.com

Become an associate… introduce HEALTHY COFFEE to others and be highly REWARDED!

This entry was posted in Introduction. Bookmark the permalink.